Aviation in the independence debate | Glasgow Chamber of Commerce 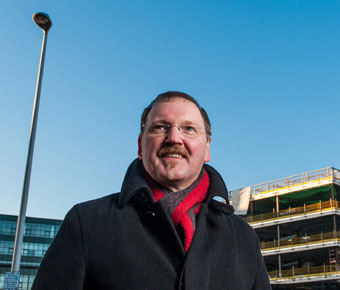 Aviation in the independence debate

Glasgow Chamber of Commerce pays close attention to the region's national and international transport network.  Making it easy for Glasgow business folk to get to their customers around the UK and overseas and for those UK and overseas customers, investors and visitors to reach Glasgow is, we believe, fundamental to the city region's growth.  So in this blog focusing on air connectivity I've asked what the two referendum campaigns have been saying about the prospects for improvement in our air transport network after September 18th.  A future blog will look at rail and sea connectivity.

The issue that the Scottish Government emphasises is Air Passenger Duty, which the Chamber has consistently argued is an unhelpful cost to doing business overseas.  Indeed the Chancellor in his last budget whilst making some modest reductions in APD, said himself that APD 'hits exports and puts off tourists'.  APD on a single ticket to Dubai adds £134 and also applies to domestic flights at £26 per return trip.  It is estimated by Government Expenditure and Revenue Scotland to have raised £234m in Scotland in 2012/13.

APD is used regularly as an example of a policy that could be changed in the event of a Yes vote. Nicola Sturgeon at one of the Chamber's referendum events reiterated the Scottish Government's position that they planned to reduce APD by 50% in the first term of an independent parliament with a view to abolishing it if public finances permit.   The Scottish Green Party whilst firmly supporting a Yes vote would strongly oppose the SNP's position on APD in preference of investment in more efficient rail connections - a policy that doesn't aid connectivity to some key international markets.

The Scottish Conservatives and the Scottish Liberal Democrats have both proposed that APD should be included in the further powers devolved to the existing Scottish Parliament so that decisions on the management of the tax would be made in Holyrood. Scottish Labour however was not convinced that it should be devolved because of the risk of tax competition with the rest of the UK, the loss of tax revenue and the environmental impact.

So on APD we have a very mixed picture on both sides of the argument.

Improving Glasgow's air transport connections is of course a much wider issue than APD and a policy area that does not have a clear outcome following the referendum.

There are three issues I thought I'd explore - connectivity to London Heathrow, the Glasgow Airport Rail Link, and growth in direct flight options.

How would Glasgow's connections with London Heathrow be affected?

The Scottish Government's White Paper makes some high level remarks about the freedoms Scotland would have to establish an integrated transport policy.  It recognises the challenges Scotland is having in maintaining its air links to London and says it would protect those London connections using the Public Service Obligations regime. It doesn't say how it would achieve that.   It says it could develop an aviation policy that suits Scotland, which would include developing new routes to strategic markets such as Asia.

The Smith Institute and York Aviation issued a recent report examining regional access to Heathrow.  Here are a few thoughts from that report that may be relevant to the referendum debate.  Heathrow is Glasgow's primary hub airport offering onward connections overseas for our growing industries like engineering and whisky.  It is severely congested and Glasgow's flight access has reduced in recent years (BMI's withdrawal) but no other hub airport including Schiphol offers the daily frequency that we have with Heathrow.   There is a vigorous debate in London about whether and how to expand capacity - using Gatwick, a third runway at Heathrow or the new four runway airport championed by Transport for London and commonly known as Boris Island.  The Howard Commission is presently examining these options.

It's very difficult to see how an independent Scotland would have greater influence over how the London capacity issue will be resolved and the White Paper's remarks on using Public Service Obligations to protect London services are not relevant to Glasgow since they cannot be used for airports with existing services to the city.

On the other hand it can be argued that our ability to influence the London capacity issue has been limited to date - the primary issue could be said to be voters' concerns in marginal constituencies around London. It was interesting to note that York Aviation commented that the regional cities most likely to benefit from increased London capacity were Glasgow, Edinburgh and Aberdeen.   Therefore, we are left still wondering how much more influence can we have on the growth of London capacity under either referendum option.

What would happen to the Rail Link to Glasgow Airport?

How would the growth of direct route flight options be affected?

Scotland can never expect to solve all its transport needs by expanding direct flights simply because we don't have the necessary population base.  Recent years have seen welcome increases in connections to the Middle East, the US, Canada and Europe from Glasgow. The outcome of the referendum vote doesn't appear to directly affect this issue given the intention to seek to remain inside the European Union - as it's European competition regulations that prevent direct Government intervention to subsidise more direct flights.  Growth in tourism, financial services, engineering and other industries and the growing wealth of the Glasgow people is what will be more important and we'll look at how the decision could affect that growth in future blogs.

In closing, in this important area we are left with some hanging questions - what would an independent parliament do with APD?  How would an independent Scotland influence access to our primary air hub? And would the Scottish Government replace the new City Deal funding of a rail link to Glasgow Airport in the event of a Yes vote?