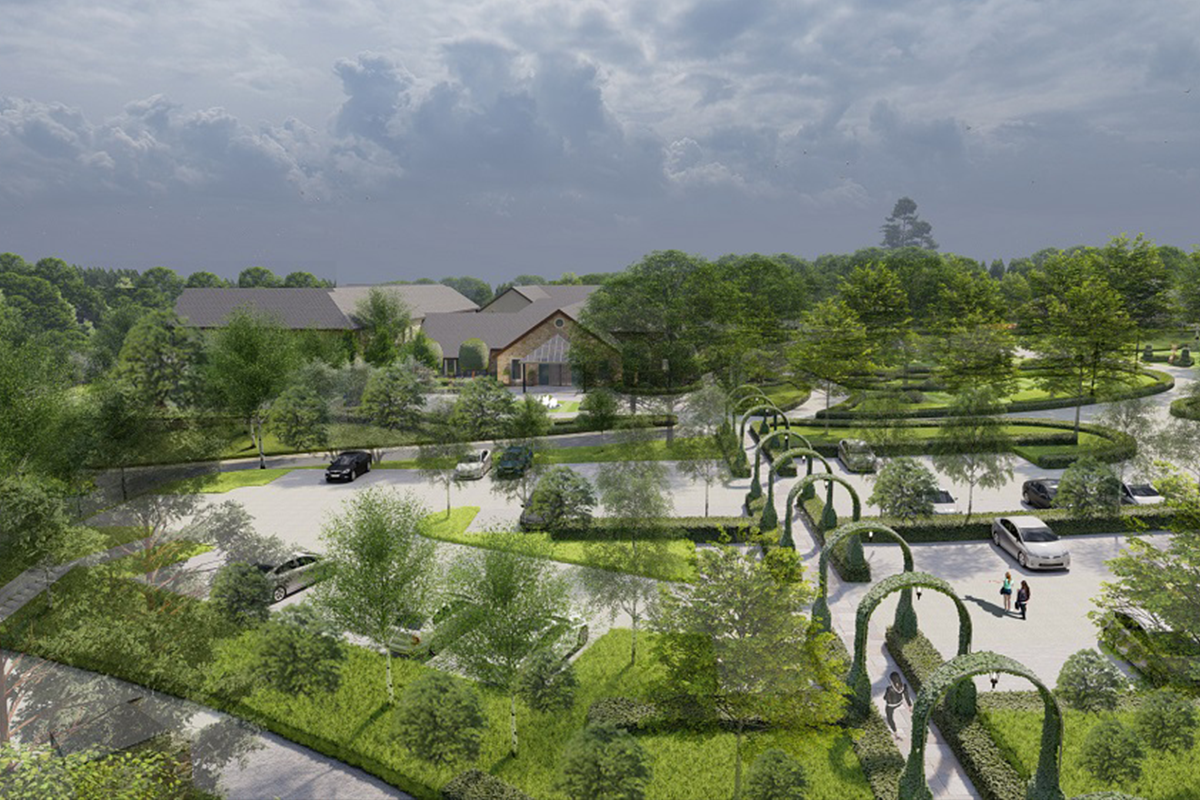 The owners of a once-derelict South Lanarkshire castle transformed into a five-star hotel and events destination have announced a large-scale expansion project.

Steve and Alison Timoney, who spent five years and over £10m sensitively restoring the listed Crossbasket Castle in High Blantyre, near Glasgow, have applied for planning permission that would see their investment in the award-winning property more than double.

The plans reveal a £15m investment in a new 40-bedroom hotel, restaurant and state-of-the-art spa set within the castle’s extensive grounds, which if approved will bring up to 52 new jobs to the Blantyre area. They also signal the Timoneys’ high levels of confidence that Scotland’s tourism and hospitality sectors will bounce back from what has been a devastating year for the industry.

If approved, it’s hoped construction work could start in early 2021, with the two-year build programme carefully planned to minimise disruption to guests and local residents.

Once complete, the hotel and venue will have capacity for an additional 35,000 visitors each year, providing a projected economic boost to the South Lanarkshire economy of £1.2m per annum and establishing the region as a leading tourism destination.

Alison Reid-Timoney said: “We’re really excited to announce our ambitious expansion plans at Crossbasket Castle. After purchasing what was a building in a state of total disrepair and on Scotland’s Buildings at Risk Register, it became a true passion project to carefully restore the castle and grounds to their resplendent glory. The expansion marks the next phase of this journey.  We believe pushing forward with this large-scale investment at this highly uncertain time, is not only essential to protect our existing business but is the kind of thing that will encourage the industry to fight back and deliver the standard of facility that our customers are keen to see and will inevitably return to with their usual enthusiasm.

“The new hotel, spa and restaurant designs are all in keeping with the local surroundings, and with its landscape centric design, further establishes the 15th Century Castle as the jewel in the Crossbasket crown.  The local community have provided valuable feedback to allow the design to be developed through various consultations.

“Although the Covid-19 pandemic has had dealt a significant blow to the economy, we are inspired by how people are fighting back to try to keep their businesses afloat.  This takes great courage and self-belief and we hope our confidence in the recovery will help inspire that fight in our sector.”

The hotel expansion is cleverly nestled within the Crossbasket Estate and is sensitively positioned to ensure the ongoing exclusivity of the Castle. The new facilities which will include 40 new bedroom suites for guests, which has been in high demand, and four eco-friendly detached lodge houses to provide a variety of experiences.

Completing the expansion is a new, modern restaurant which aims to seat 132 covers, along with a bar, snug areas and a stage for live entertainment in the evenings.

Since opening in 2015, Crossbasket Castle – which is managed by Inverlochy Castle Management International (ICMI) – has attracted numerous accolades including Best Newcomer at the Condé Nast Johansens Annual Awards for Excellence and Castle Hotel of the Year at the Scottish Hotel Awards.

It is also home to one of Scotland’s only restaurants from culinary royalty Albert & Michel Roux Jr, which has been awarded three AA Rosettes for exceptional standards of cuisine.