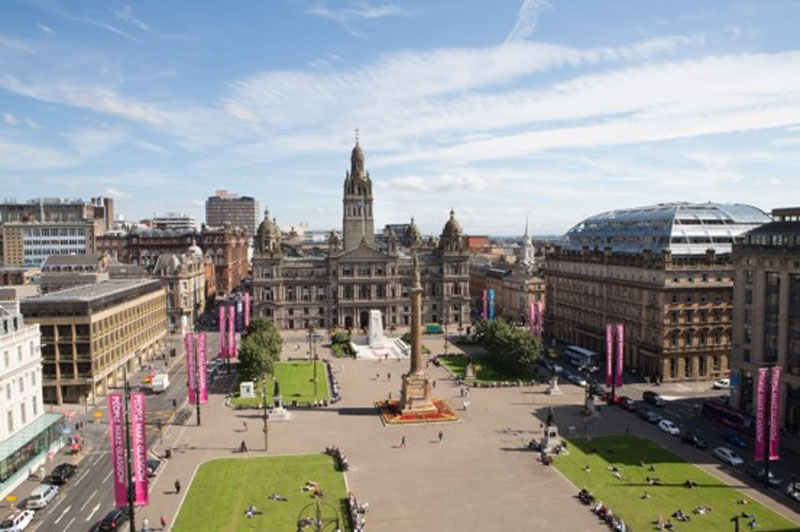 Jamie Hepburn MSP, the Scottish Government’s Minister for Business, Fair Work and Skills, was the guest at this week’s meeting of the Glasgow Business Resilience Council (GBRC).

Introducing him, Chamber President Paul Little welcomed the opportunity to continue engagement with the Scottish Government, following on from the previous month’s meeting with the Cabinet Secretary for Economy, Fair Work and Culture Fiona Hyslop MSP.

Jamie Hepburn spoke of the opportunity to engage with business organisations at a local and regional level as well as nationally. He recognised the importance of Glasgow as an economic engine including the work programme with the Economy Secretary on city specific support.

He re-emphasised the First Minister’s statement earlier in the day that we cannot continue in lockdown indefinitely and the reopening of early years schools as moving in the right direction towards reopening the economy.

Chamber chief executive Stuart Patrick had earlier welcomed the First Minister’s statement. He went on to say the GBRC awaited the publication of a revised Scottish Government Strategic Framework next week and noted priorities as education; family contact and reopening of the economy.

He added that the Group and the Chamber awaited the UK Government road map on 22 Feb and the implications to business support following the budget in early March.

He also welcomed the inclusion of the Glasgow Metro in the most recent Strategic Transport Projects Review (STPR2).

Stuart then spoke of the relationship between Scottish and UK Governments and their respective attitudes to business.  He asked how can we work together to support recovery?

Jamie Hepburn noted concerns and frustrations from business, and said he welcomed the opportunity to engage in discussion on specific issues.

He was asked about the impact of the pandemic on young people and how to avoid a lost generation, and answered that the Scottish Government is working to provide opportunities and positive destinations for young people.  But it required partnerships and collaboration with business.

Asked if nightclubs would feature in the new framework from Scottish Government, he said he had not seen the final draft, but expected it to be unlikely that the Scottish Government will be able to be that definitive.  He noted previous discussions with the sector and interim funding that had been put in place.

Members spoke of their continued frustration over the lack of a road map to economic recovery and issues over funding support and access to funding.

The collapse of Debenhams and Arcadia Group were mentioned, and how we can support retail workers into finding new employment, to which Mr Hepburn said the Scottish Government was committed to a retail strategy on recovery from COVID-19, and workforce support.