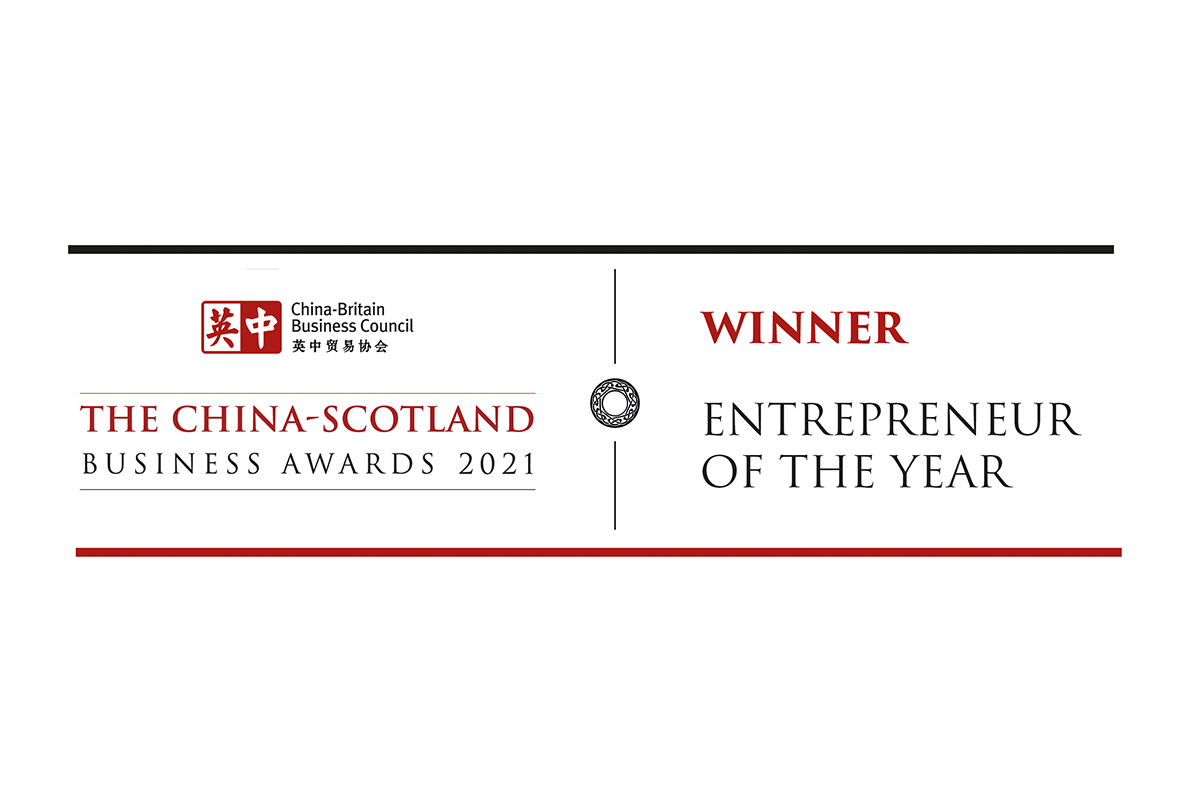 The Zudu team are excited to announce our Managing Director, James Buchan, has been named Entrepreneur of the Year at the China-Scotland Business Awards 2021.

The awards ceremony took place virtually over Zoom on Thursday 4 February and rounded off the Burns Night and Chinese New Year celebration hosted by the China-Britain Business Council.

Talking about the award, James Buchan said: "I've attended this event for several years and always felt inspired by those who have won this award, which makes this a delight and honour to have been granted this feather in my cap. This has been an extraordinary year, and the team at Zudu have been riding the wave against a strong current. It's testament to all the effort everyone at Zudu and our supporters have put into growing business and digital bridges between China and Scotland over the past few years.".

The award is designed to recognise the achievements of individuals who have shown exceptional entrepreneurship in growing their business in China and/or Scotland and have demonstrated resilience and creativity in facing up to the past year of challenges.

Speaking at the event, CBBC Chairman Sir Sherard Cowper-Coles drew attention to the thousands of jobs in Scotland that now rely on its links with China, and looked forward to this year’s COP26 climate change summit as another opportunity to showcase those ties. In his remarks, he paid tribute to the award winners and nominees:

“The variety of contenders for awards this evening alone is testament to the broad range of sectors in which Scottish businesses now engage with China, from engineering to education to high-end retail,” Sir Sherard said.

“Highlighting areas where Scotland, and the broader UK, can co-operate to mutual advantage is becoming ever more important,” he added.

A full press release featuring the full list of winners can be found at http://www.cbbc.org/events/other-events/china-scotland-business-awards-2021.