Engineers tee up with amateur golfer | Glasgow Chamber of Commerce 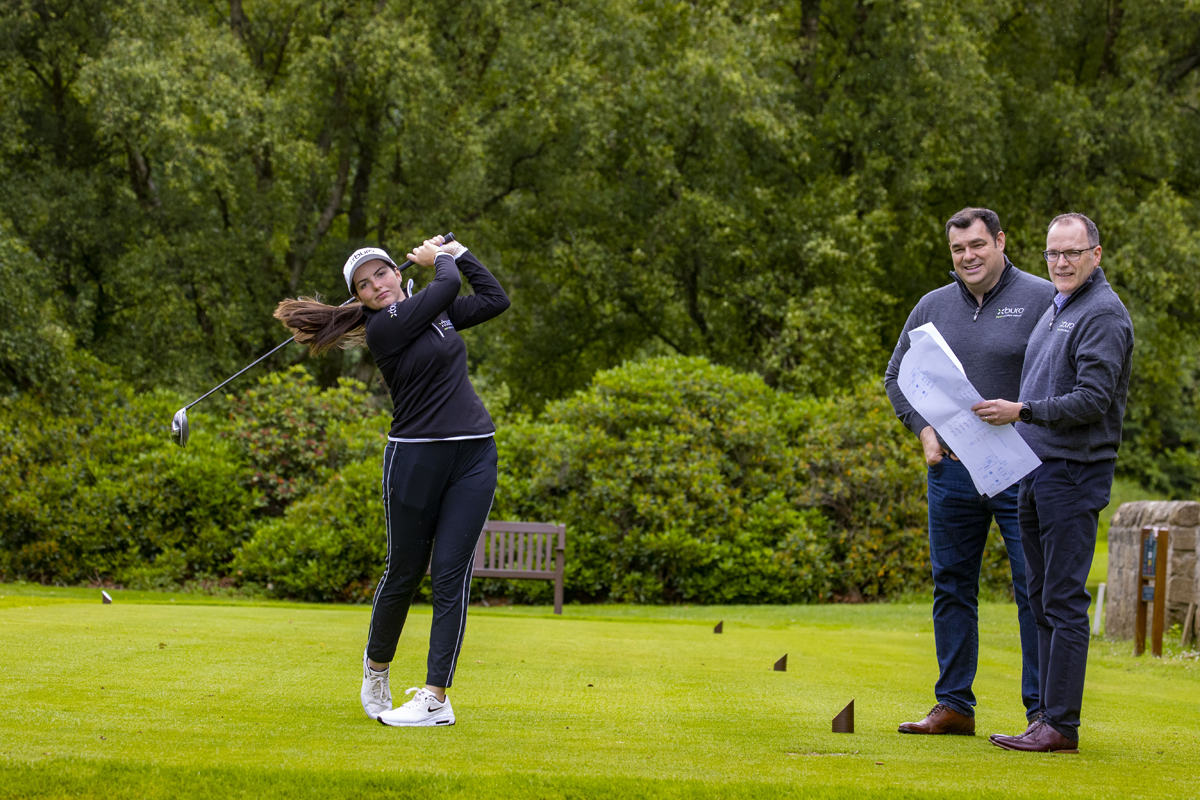 Engineers tee up with amateur golfer

A mechanical and electrical engineering consultancy firm which has experienced rapid growth in demand is teeing up with an aspiring amateur golfer to support her ambition to play.

XBuro UK is to sponsor its first female amateur golfer, Megan Docherty, in what it hopes to be the first of many partnerships with talented sportspeople as it triples its growth in just two years.

The company started by Thomas Brady and Michael Gribben reported a lockdown boom in 2020 with contracts worth £100 million.

Two years later, business is not slowing down as the duo has tripled its growth to deliver projects worth more than £350million, having expanded from Glasgow to offices in Edinburgh and London. The team has grown now to 15 with new posts being advertised to meet demand.

Such is the success of XBuro that they are looking to support amateur sporting talent by reaching out to local clubs and amateur sportspeople to offer sponsorship opportunities.

19-year-old amateur golfer, Megan, from Bishopbriggs impressed the pair with her drive, determination, and her resilience to practise throughout the pandemic landing her its first sponsorship deal.

Megan, who is currently studying at the University of Tennessee at Chattanooga in the USA, has returned for a summer of golf and will receive funding towards lessons, equipment and travel for the next three years.

Amateur golfer, Megan Docherty, said: “I started playing at seven and began competing at 14. When the pandemic happened, we got an old net and put it on the washing line so I could hit into it. It was a bit frustrating as we live next to a golf course but since then, I’ve received a scholarship to study and play in America and now to be supported by XBuro means I will be able to travel, compete and focus on playing. To receive this backing, let’s me get on with playing as much golf as I can in the hope that one day, I can turn pro.”

Megan was introduced to golf by her dad at an early age where her talent for the game was quickly spotted by her coaches. She joined her local club, Bishopbriggs Golf Club, where she is coached by George Boswell.  She is a member of Scotland’s national squad and has previously won the Stephen Gallacher Foundation Vase 2020 and was the West of Scotland Girls Champion 2019. This summer Megan will be competing throughout the UK before returning to America where she juggles her studies with a rigorous programme of early morning gym sessions followed by afternoon practice.

XBuro UK Director, Michael Gribben, said: “Our continued growth has given us the opportunity to support local sport clubs but we wanted to go further to help young athletes like Megan to fulfil their ambitions and to help them on their journey. Business and the power of sport is something we want to invest in, and this is just the start of our plans. We are particularly delighted to tee up with Megan as we believe in equality of opportunity for all in the world of engineering and in the world of sport.”

The change to amateur status in golf is a good opportunity for Scottish golfers to receive backing from companies and individuals as all eyes are on Scotland with tournaments such as the Trust Golf Women’s Scottish Open at Dundonald Links in North Ayrshire and the AIG Women’s Open at Muirfield in East Lothian taking place this summer.

To find out more about our sponsorship opportunities, please contact XBuro UK.