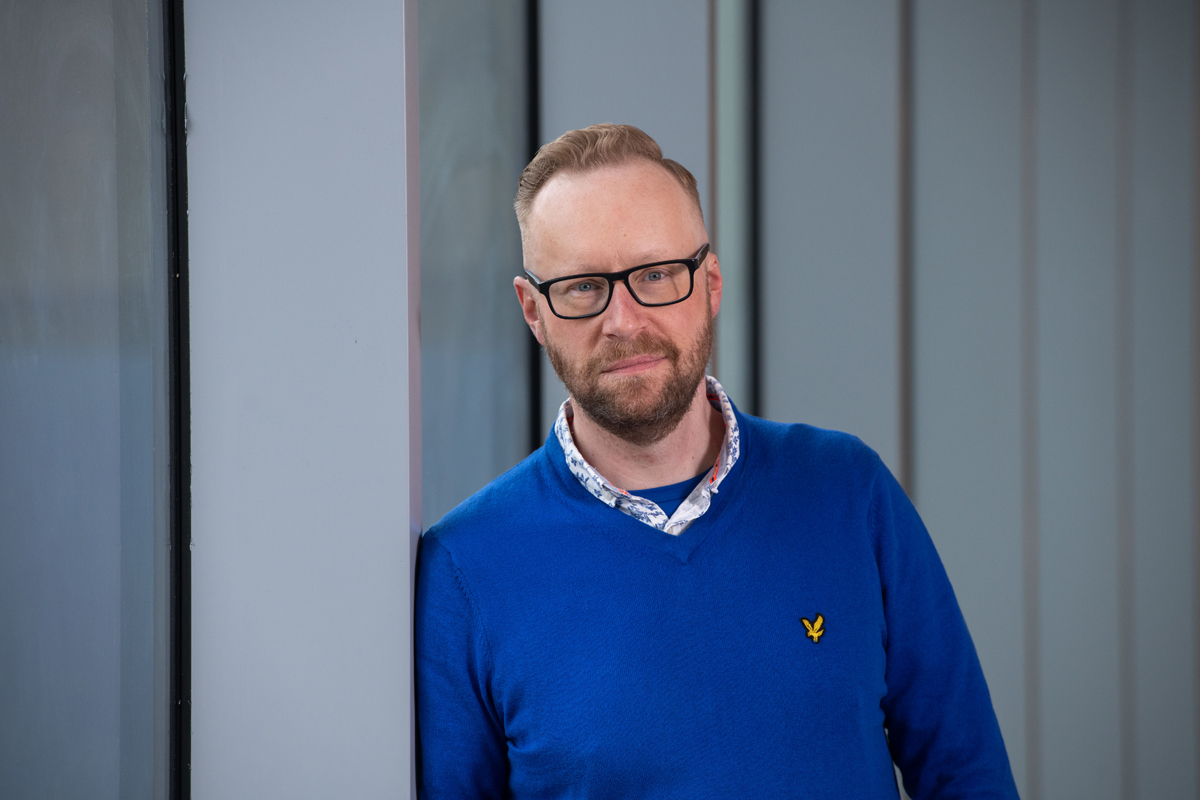 Health experts are calling for urgent action after a new study found that depression among gay and bisexual men in Scotland was 44% higher than men in the wider population and anxiety was 26% higher during COVID-19.

The research, led by Glasgow Caledonian University (GCU) and funded by the Chief Scientist Office (CSO), concluded that the huge rise was fuelled by mental health inequalities, stigma, negative social attitudes and minority-status stresses such as the closing of gay bars and returning home to live with parents during lockdown.

These alarming figures were revealed at the same time as another GCU-led pre-COVID mental health study showed that depression was already six times higher in gay and bisexual men, and anxiety was four times higher, before the pandemic struck.

Researchers say the surge in depression and anxiety is a real cause for concern and urgent action must be taken to tackle the growing mental health crisis among gay and bisexual men in Scotland.

The team of experts from GCU, University of Strathclyde, NHS Greater Glasgow and Clyde, Waverley Care in Edinburgh, NHS Lothian, University of New South Wales and University of Queensland in Australia have drawn up guidelines for short, medium and long-term changes that need to be made to improve services for gay and bisexual men.

And they are calling for similar health advice to the five-a-day fruit and veg to be issued by the NHS to urge people to look after their mental health each day by becoming ‘mental health maintainers’.

The findings are a culmination of a pre-COVID study about gay and bisexual men’s health, and a subsequent CSO-funded study into the impact of COVID-19 on mental health, involving over a thousand participants and published in the Journal of Health Psychology and Behavioural Medicine. (note - links to the studies are below in Editors Notes).

GCU Health Psychology Reader and Principal Investigator of the studies, Dr Jamie Frankis (pictured), said: “Our latest study, funded by the CSO, really set alarm bells ringing because we found that depression was 44% higher and anxiety was 26% higher for gay and bisexual men in Scotland during COVID-19 compared to men in the wider population.

“The reason for this is that gay and bisexual men had the stresses that everybody else had during the pandemic but they also experienced specific minority-status stresses. Things like the gay bars being closed meant that there was nowhere for them to access their community and meant some had no safe gay spaces where they could go.

“Younger men said that they had to return to live with their parents but if they weren’t out or if their parents were not accepting of their sexual identity that became problematic.

“Results of a pre-COVID mental health study have also just been published which showed that before the pandemic, levels of depression among gay and bisexual men were six times higher than men in the wider society, and levels of anxiety were four times higher.

“These pre-COVID and during COVID findings paint a very bleak picture and are a real cause for concern. Although our research focused on gay and bisexual men, these issues are relevant to the whole LGBTQI+ community because the core of the mental health problem is about minority stress which the whole community will experience.”

Another worrying finding from the COVID-19 study was that over half of the gay and bisexual men who suffered depression and anxiety were undiagnosed, and least likely to seek mental health support.

Dr Frankis explained: “It is important to highlight that levels of other psychiatric disorders like schizophrenia and bipolar disorder were the same as other men in Scotland in the pre-COVID study. That led us to conclude that stigma, negative social attitudes and minority stress have caused these shocking levels of anxiety and depression among gay and bisexual men in Scotland.

“Because of that, the CSO funded our study during COVID-19 to understand the impact of the pandemic on the mental health of gay and bisexual men in Scotland.

“When we found out that gay and bisexual men suffered massively higher rates of depression and anxiety during the pandemic, we then wanted to find out how they sought mental health support to identify areas for change and improvement, particularly their use of online services.

“We found out that gay and bisexual men who had not had depression or anxiety diagnosed were the least likely to seek mental health support because it was a new problem.

“Perhaps most importantly, they said they didn’t approach mainstream mental health organisations because they felt they needed to adopt a more inclusive approach, not just for gay and bisexual men, but for LGBTQI+ people.”

The research also found that gay and bisexual men had problems with their use of mental health support apps such as Headspace, Woebot and Insight Timer.

Dr Frankis said: “The main problem the men highlighted was that they struggled to judge which ones were high quality and which ones were poor. They said they would find it really useful if they were endorsed by trusted organisations such as the NHS and mental health charities to tell them which apps they should be using.

“But we also found that they had a fundamental misunderstanding about how these apps would actually work. They said they wanted a quick fix like we use paracetamol for a headache. That’s not how they work. They take regular long-term use to be of any benefit.

“We recommend that people become ‘mental health maintainers’, by doing something like meditation, gardening, exercising, especially in nature or even crafting each day to maintain and improve our mental health.”

Dr Frankis School is co-lead of the Sexual Health and Blood Borne Viruses research group in the Research Centre for Health (ReaCH). His research makes a direct and significant contribution to Sustainable Development Goal 3 – Good Health and Wellbeing, Goal 10 – Reduced Inequalities and Goal 16 - Promote peaceful and inclusive societies – issued by United Nations in 2015 as a blueprint for peace and prosperity across the planet, and is fitting with GCU's University for the Common Good mission.