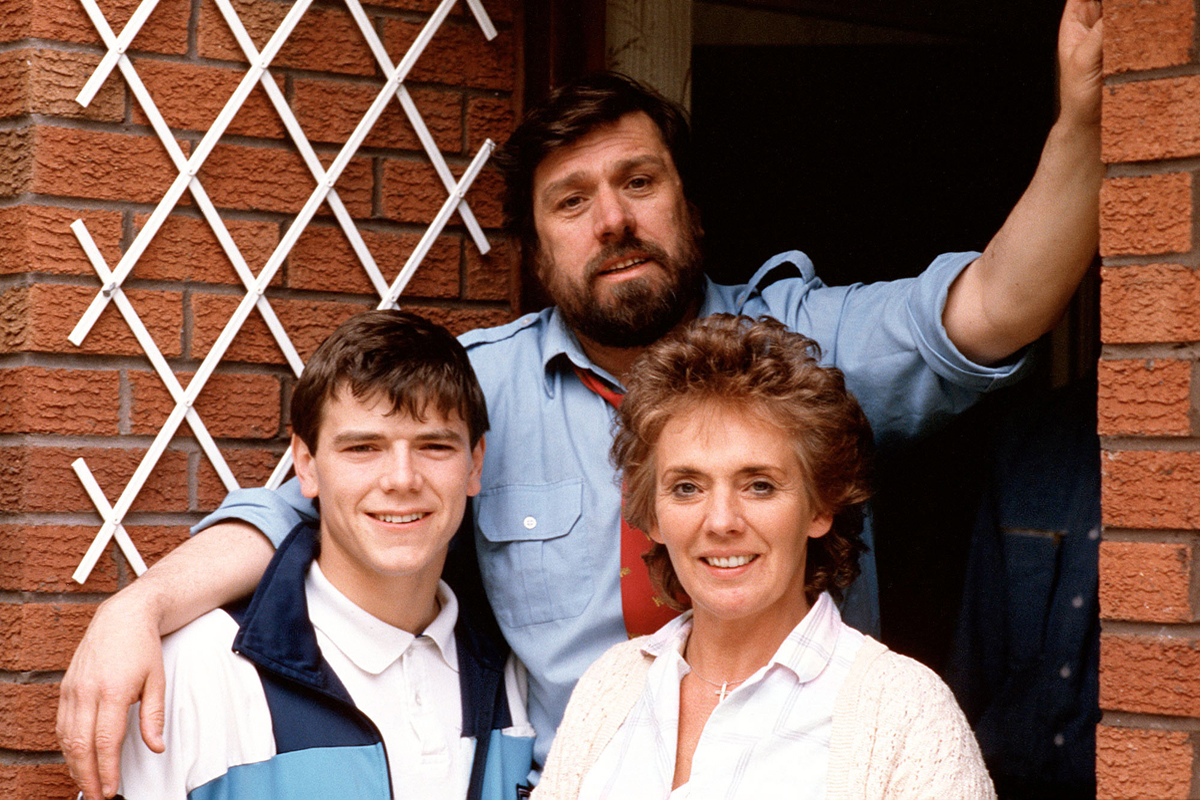 It’s been two decades since the 13 houses on Britain’s most famous cul-de-sac were boarded up, and iconic families such as the Corkhills, Dixons and Grants said their last goodbyes.

But fans of Britain’s most daring and dramatic soap need wait no longer, as original episodes of Brookside will finally return to screens – on free streaming service, STV Player – next week.

Set in a Liverpool cul-de-sac, Brookside Close, the show was conceived by Grange Hill and Hollyoaks creator, Phil Redmond, and produced by his company, Mersey Television (later renamed to Lime Pictures). It aired on the launch night of Channel 4 on 2 November 1982 and drew audiences of 9 million viewers at its peak.

The fondly-remembered soap, which ended in 2003, will be available to stream from the start for the first time ever, after STV Player struck a major new deal with distributor, All3Media International.

It means devoted fans, as well as new viewers, can relive and enjoy Brookside’s most memorable storylines – many of which were defining moments in British TV history, such as the first pre-watershed lesbian kiss between characters Beth Jordache (Anna Friel) and Margaret Clemence (Nicola Stephenson).

Across its 21-year run, the show became renowned for tackling challenging social issues, such as rape, bullying and incest. In 1985, teenage character Gordon Collins came out to his family – making him the first ever openly gay character in a British TV series.

Brookside was also known for its dramatic set pieces, including two thrilling sieges on the close – the latter of which ended in a helicopter crash – and the murder of abusive Trevor Jordache, who was famously found buried under the patio of number 10 in 1995.

Many of Brookside’s cast have gone on to have successful careers, including Anna Friel – now a Hollywood star – as well as Sue Johnston, Ricky Tomlinson, Amanda Burton, Alex Fletcher, Claire Sweeney and Sunetra Sarker.

Available for free to viewers across the UK, STV Player offers an extensive catalogue of high-quality drama from around the world. The service is available on all major platforms, including Sky Q, NOW, Virgin Media, Amazon Fire TV and Freeview Play.

STV Player will drop the first 10 episodes of Brookside on 1 February, and five new episodes will land each week thereafter.

Sunetra Sarker, who played Nisha Batra in Brookside, said: “I owe a lot to Brookside as I was lucky enough to have been spotted at a bus stop when I was 15 and given the role of Nisha. Had I known then that Brookside Close would be the road that led me to my surprising and eventful career, I would never have believed it!

“I am thrilled that STV Player is airing Brookie again after all these years. I never fail to hear fans tell me how much they still miss the show. Get streaming and see just how ground-breaking this Liverpool-based soap opera was all those years ago.”

Dean Sullivan, who played Jimmy Corkhill in Brookside, said: “It’s fantastic news for all loyal Brookside fans that they will have the chance to watch the show again from the start on STV Player. It’s also great that this will give a whole new generation the chance to enjoy the show and even binge watch if they wish! I’m sure many storylines will still feel as relevant today as the day they were written.

“Brookside has played a huge part in my life and it was a real privilege to portray Jimmy Corkhill. The role was every actor’s dream, as the character had so many superb storylines. Jimmy spent 17 years on the close and appeared in more episodes than any other character! I remain very proud of the legacy this ground-breaking soap still has to this day, and I was humbled to receive two British Soap Awards for the role. The awards were a real nod from the fans, and people on the street ask me about the show every day which is testament to how well-written it was.”

Richard Williams, Managing Director of Digital, STV said: “It may have been two decades since Brookside drew to a close, but the love for the show from its passionate army of fans has never waned. We’re so pleased to be the first streaming service to bring this legendary piece of TV history back into viewers’ living rooms for free, and I hope superfans and new audiences alike enjoy all the nostalgic drama that Brookside has to offer on STV Player.”

A spokesperson from Lime Pictures said: “Brookside is a programme that is held in deep affection at Lime Pictures. Last year we invested in the digital remastering of early episodes to allow them to be enjoyed again.

"Its strong social conscience combined with a powerhouse of Northern acting talent and writers made it unmissable viewing and formed a model of storytelling that has stood the test of time. We are delighted that audiences will be able to revisit or enjoy investing in this era of ground-breaking television that put Liverpool into the television landscape."

Gary Woolf, EVP Strategic Development, All3Media International said: “We are delighted to have facilitated this deal with Lime Pictures to bring such an iconic British TV series to STV Player and make it available throughout the UK, with episodes dropping on to the platform each week. A whole generation of TV executives grew up with Brookside – it’s a key brand and a hugely influential piece of TV history, offering an amazing social commentary of the time, and generating some landmark moments.

“All3Media International and Lime Pictures have worked closely on a project to restore the materials for this iconic soap, with episodes dating back 40 years – and we’re thrilled to bring this to viewers on STV Player.”