Julian Taylor: China’s economy is booming, so Scotland should be looking East | Glasgow Chamber of Commerce 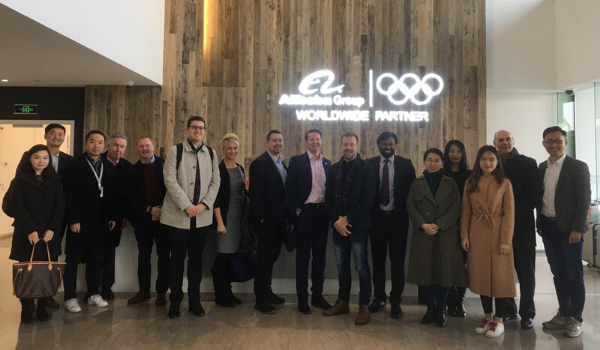 Julian Taylor: China’s economy is booming, so Scotland should be looking East

Leading businesses and organisations from across Glasgow participated in a recent trade visit to Shanghai and Hangzhou in China. Led by Glasgow Chamber of Commerce President Jim McHarg and Chief Executive Stuart Patrick, a cross section of businesses from around the city attended.

It could be said a lot of recent press coverage of China has been negative, posing serious questions for those considering the market. But as with most things there are many perspectives on the same subject and an open mindedness pays huge dividends when it comes to international trade.

A China-ready or, perhaps more significantly, a China-appreciative frame of reference reveals a great deal. Having just returned from living in Shanghai for six years, I learned just enough to have a feeling for how little I know, or at least how assumptions are often misplaced.

Participating in this mission, I saw members of Glasgow Chamber of Commerce’s delegation learning many things, with a major takeaway being that one visit simply isn’t enough. Following up and delivery is everything.

A recognition of the asymmetry in ambition and priorities is also important.  The difference in size of the two country’s economies is stark, which presents many opportunities for Scots looking east. But as a cradle of innovation, sometimes we can feel like we have a right be in discussions around areas like R&D.  However, in China (with its world leading cell phones, bullet trains, etc) that right has to be earned, but once granted there is real scope to collaborate.

But continually building your own capability is essential. Many Chinese companies are world leading and long gone are the days of inventing in the west and making in the east. The transition to a cashless economy is one example and the associated “massive” data opportunities create new business models of real scale. This in turn supports new markets in areas like fintech for the swift exporter.

It must also be noted that Scotland has many ‘beachhead’ industries which can make a positive impact, especially in response to climate change and low carbon energy. This has to be seen as a response to the needs and requirements expressed by China.  Care for the elderly, medical sciences, intelligent city applications and education are all important sectors of the country’s economy.

Cultural differences exist but worry less about the two-handed business card exchange and instead simply try to understand people as people.  Most Chinese business leaders are interested in the same things as their counterparts in the west – things like family, friends, and making deals with people they like. Taking the time to invest in understanding and learning is a scarce humility that is highly regarded.

Delegations to China receive a very warm welcome but a lack of follow-up can fritter this away.   An incentive to enable the important return visit has been an innovative collaboration with the British Chamber of Commerce in Shanghai and its Scottish Focus Group of senior Scots who earn their living in the city as well as funding and support from the Scottish Government through Scottish Chambers of Commerce and Scottish Development International.

Glasgow Chamber of Commerce (as with the Edinburgh Chamber which recently made a visit to Shenzhen) is pioneering the way, showing how mutual collaboration and an open mind, with slightly less of a judgemental outlook, can bring friendship first - at a time when building bridges seems to be a lot less popular than building walls.

Julian Taylor is an advisor to Glasgow Chamber of Commerce and attended its recent trade visit to China.