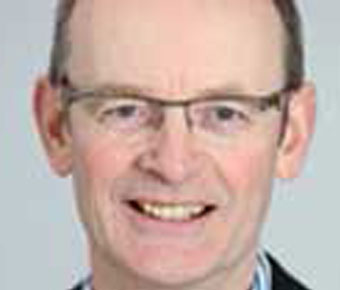 The award winning SEC is one of Europe’s most successful event venues incorporating the SEC Centre, SEC Armadillo and The SSE Hydro.

The success is measured not only in financial terms, but in addition brings significant economic impact generated by the campus. The SSE Hydro has been established as one of the world’s top live entertainment venues.

Having been with the Company since its inception in 1984, Peter has played an integral part in all aspects of its evolution with extensive experience gained across all sectors of the business. From a sports management background, he was initially responsible for sporting events and concerts at the Centre. He has been a member of the senior management team since 1991 rising to the position of Commercial Director in 2008 with responsibility for all commercial activity on the campus including sponsorship and hospitality, strategic partnerships and joint ventures.

He is a Director of Glasgow Chamber of Commerce.

Peter has maintained his interest in sport having played cricket for Scotland, acquiring 53 caps and is now aiming to reduce his golf handicap back down to 2!

He is married with two daughters and lives in Kilmacolm.