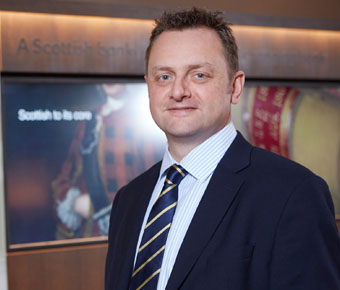 Raised in Lanarkshire and educated at Braidhurst High School in Motherwell, Malcolm joined Clydesdale Bank in Glasgow in 1984 before moving to NatWest in 1998 and Royal Bank of Scotland in 2000. Malcolm completed his Chartered Banker qualifications with the Chartered Institute of Bankers in Scotland in 1987 and in 1998 completed an MBA (Dist) at Edinburgh Business School.

Malcolm’s early career was in retail/branch banking and subsequently he has built up almost 25 years of experience in various corporate and commercial banking roles in Scotland, Manchester and London. Malcolm has led teams looking after small, medium and large companies as well as real estate investors/developers and financial institutions. Allied to customer facing experience, Malcolm has also led teams specialising in risk and product management.

Malcolm represents the bank on the Scottish Government’s Financial Services Advisory Board and the CBI Scotland Council.

Back to event description